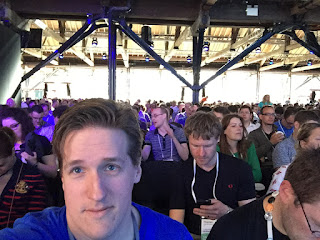 In the 1980s Jock started his research in to data visualisation and lots of this is built in to Tableau.

Visual Analysis uses the power of visual language and visual analysis to combine to be very powerful.

Jock reading Orwell's 1984 gave him the idea that to protect yourself from Big Brother was to use Data. Playfair's Balance of Trade visualisation gave him the idea to build a programme to allow people to make these kind of charts. 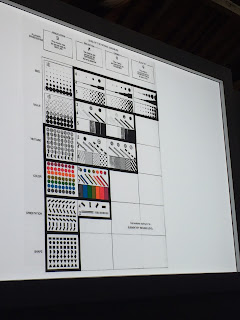 Bertin's 'Semiologie graphique' (translated in to English from French) became the spine of Jock's phd. The book focuses on the syntax. The main figure allowed Jock to understand what the key aspects to visual analysis were.
Selection:
A. Association
B. Selection
C. Order
D. Quantity
Jock joins Association and Selection in to 'Categorical' data The horizontal axis of size, value, texture, colour, orientation and shape allows you to make the association. The language aspect comes from taking visual components and their use is the equivalent of turing words in to sentences. 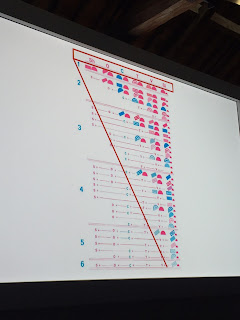 Bertins actually started out as a Cartographer and hand drew his maps. Understanding the visual system allowed him to make them as clear and impactful as possible. Bertin's built physical tables with rods to allow for sorting (Permiatations Matrices) 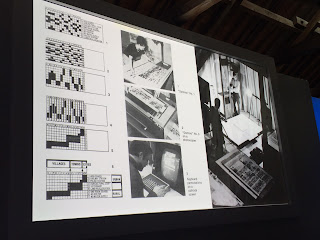 At Bell labs, Cleveland and McGill were scientifically researching human performance that validated Bertin's work. Here is there findings: 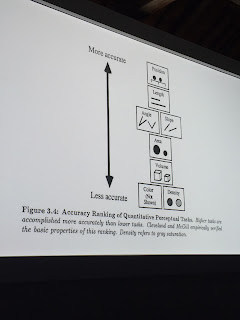 And Jock's combination of the two: 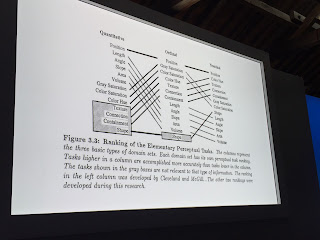 Jock managed to turn this thinking in to software. Here's a photo of the recording of his 'apt' tool. 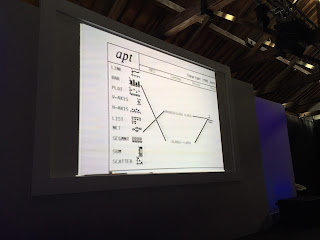 Jock got to work at one of the top technology parks (Xerox Park) on the west coast. Dr Stuart Card developed the first mouse as a pointing device. 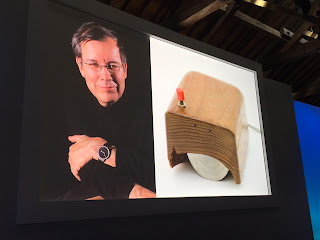 And some of the first developments the team made: 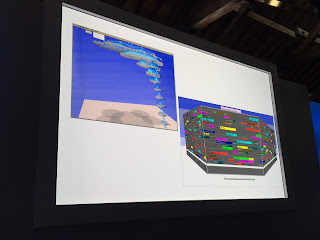 Human Visual analysis pipeline was created in the late 1990s and forms the basis of normal visual analysis now and how the tools are designed this flow. Tableau uses this flow that there is complex backtracking as the process isn't purely linear as you make analytical decisions: 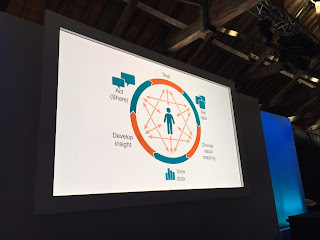 When Pat Hanrahan transfered to Stanford, Jock got to spend time with Pat and Chris Stolte at Xerox Park. Pat turned Chris to Jock's dissertation. Jock's work was missing the link to databases and that was what really lead to Tableau. 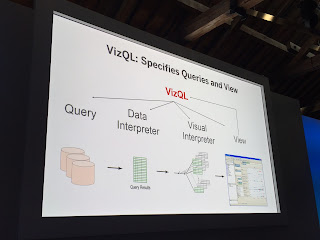 Show Me is Jock phd research in action. Here is the logic behind the scenes: 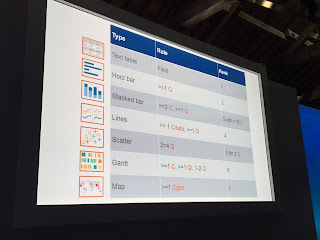 Jock's demo of wildlife strikes is great. He experienced a birdstrike that damaged the front radar and therefore his favourite dataset to demo became a lot more pertinent.

The present - Research. Tableau has a strong research team to do fundamental research as it is really trying to understand a lot of visual language aspects. Here is some of the research that is currently happening.

Humans and computers are different in their skills. Language makes Humans cooperative. Humans are intuitive, computers are not but they are great at diving deeply in to the data. A few researchers have dived more deeply in to this. The 30-40 categorical data fields can be analysed a lot faster than humans so could Show Me be developed to find the signal within the data? 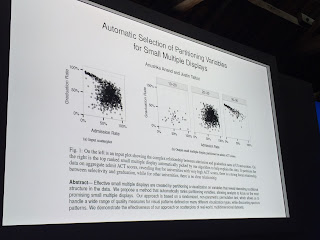 In organisations, we need to cooperate. This can be tough to do so can computers show who has what data more effectively?