1951 in Canada and there is a huge shortage of doctors as no one wants to volunteer as they will be taken to be part of the Korean War. The Recruiting Officers were thrilled when an experience surgeon turned up out of the blue. The ship was on passage to Korea when they came across a ship of Korean injured soldiers. Ferdinand Demarra was actually the great 'imposter' and didn't even have a high school diploma - just a few text books on medicene. He actually undertook the surgery and somehow no one dies on the operating table. The Doctor Seer was actually in Canada and had his identity stolen when at a Monestary from a Brother Monk. 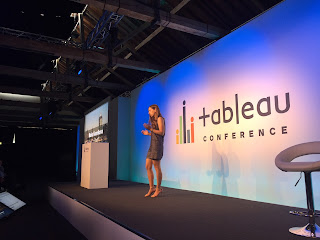 The real Dr Seer gets prosecuted! Demarra actually gets discharged with honours. He actually carried on practising medicene into the 1980s and nearly built a bridge in Mexico. He had an biographer who wrote a book on him but then the biographer had his ID stolen by Demarra.

So what is it that makes us give our confidence (trust) to others?

Maria thought that sceptics wouldn't be caught out. The research proved that as a species we are pretty bad at working out if we are spotting lies. As most people are not out to get you, you get an implicit trust if you are not looking at them. Every single day we lie and we actually accept it as pure truth telling with be pretty miserable. "How are you?"... "Well let me tell you..." Uh oh! People with higher IQs actually trust peoople more. Stronger social connections often lead to longer lives. We have not evolved to spot them. Maria basically wanted to lock herself away as questioning the truth telling lead her to be more sceptical about society and all those around her.

How do you take in data from the world around you and judge yourselves?
The 'above average effect', the 'exceptionalism bias' People think they are naturally above average on desirable traits. Being bad at 'understanding people' is not something we expect.

Al Capone - one fine day Victor Lustig (fine conartist who sold the Eiffel Tower - twice) Al Capone met with Lustig even though Capone knew his background and 'skills'. Lustig gets $20k to double Capone's money. Lustig just used a safety deposit box to hold the money but just gave the $20k back to Capone and said his ideas didn't hold out. Capone expected to either 1. Double or 2. Lose it all. Capone actually just gave him $6k to get him out of his financial difficulties.

To avoid a con 'if it seems to be good to be true, it probably is'. But it's very easy to tell this if you are judging others. Not so easy when we assume we are exceptional ourselves, so wouldn't get caught out. When you are experiencing something about you and emotion - you are no longer as logical. If you get someone involved within the story, they critique the data less. Yale researchers proved this by comparing the same story in a newspaper compared to a stronger narrative.

Hacking is about 'Humanint' - Human Intelligence - and we are sharing lots of our Human Experience that are giving hackers the keys to what we do and therefore making data available to bad actors.

The best magician is the best storyteller and distractor rather than the best technical skills.

The reason why we don't have good data on cons as we don't want to admit we have been conned.
Posted by Carl Allchin at 06:04