The History of the Tour de France

The challenge has been set for the 1st Iron Viz qualifier of the year. The competition for me is not just about the main event but having the chance to create a fun visualisation. As a kid, I remember my Dad and I sitting down to watch the Tour de France. With little British success until the later part of the first decade of the 21st century, the rise of British Cycling was a subject I wanted to explore.

Here is my entry looking at the history of the Tour de France and how I have made it (click on the image to view the visualisation): 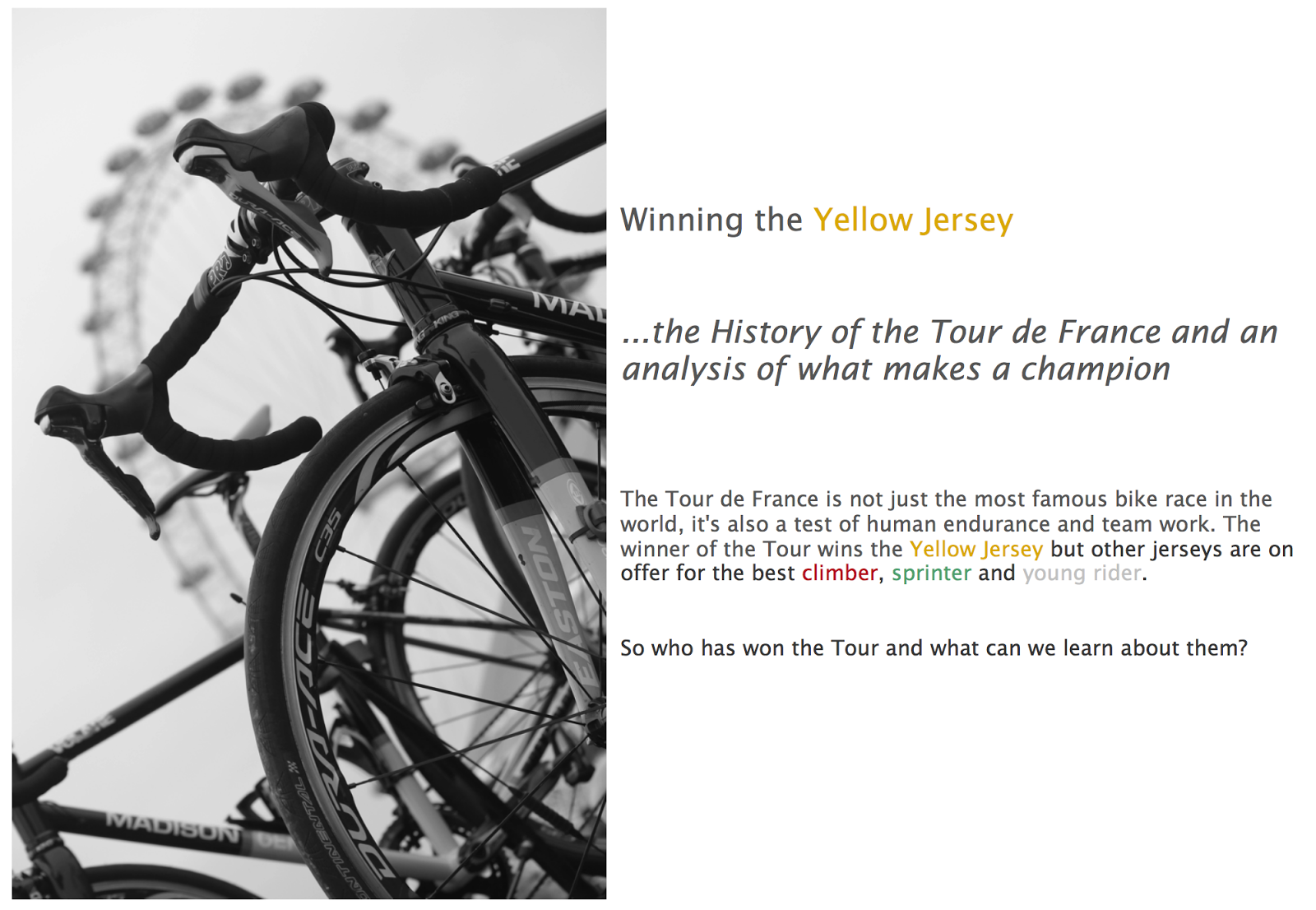 The making of...
The Tour de France had a great history starting in 1903 so I have focused on the 1980s onwards. This period had performance enhancing drug (doping) issues as well as an increase in global participation in the event. Filtering the data down to the 1980s meant I was able to add the doping element into the race results.

Wikipedia is a great knowledge base, but extracting data from the wiki is a painful process. Most of the effort in this competition has been spent on data manipulation as even when there is a table of data, the likelihood of having a leading or trailing space is significant. If you are going to join data sets but then need consistent data names (FRA vs France) then Wikipedia is not the best place.

Wikipedia was great for having a page on each of the riders. On the second storypoint of my entry, I was able to add the web address of each rider's bio page to their stage results. By using a tip from Paul Banoub, I was able to use the 'printer friendly' version of the page to clearly show the bios and fit the style of the storypoint.

The pages I used included:

There were a number of techniques I used including custom shapes, dual axis charts and manipulating tooltips to help tell the story. Embedding a Web Page in the dashboard seamlessly with dashboard actions makes the visualisation a lot stronger and helps with the storytelling.

Overall, it was great to explore a subject I have enjoyed reading and learning about and sharing the story of the Tour de France in a visualisation.
Posted by Carl Allchin at 14:12